Bragança (castle)
The tower of the castle of Bragança, houses a small military museum that includes a single aviation relic, the tail fin and most part of the propeller of an Aeronáutica Militar aircraft. The photo and the notes near by it, refer to a crash landed Potez 25A2, AM no.9, that occurred somewere near the city on the 21st July 1932.
However I was called to reason by friend of mine that this is actually part of a Avro 504, the vertical tail plane and a broken propeller. Why the two are together it’s a mistery to me ... any thoughts?

Aditional movements: a couple of F-16’s flew in the morning a training mission, a/c 15101 and 15108. Also the 3 Yak-52 from Yakstars Aerobatic Team performed a practice run before the airshow  (a/c’s SP-YEL/Cerveira Pinto, SP-YEL/Jorge Fachadas, SP-YAH/Fernando Marinho).
Aditionaly: ‘15100’ F-16A n/n (temporary exhibition in Viseu); fuselage and wings of 5320 F-86 noted in hangar near Gate.

Later on, on the 15th November, in Salvaterra do Miño – still present at SEGANOSA[http://www.seganosa.com/], the MiG-17 that has been noted here since 1998. The aircraft is painted in the livery of the Soviet AF, wearing the nº31. According to EMOOS the aircraft is exBulgarian AF nº31 (c/n 1194, Bulgarian "triangle number" 21-7207). Aircraft visible from the outside but if asked one can go inside and take better pictures.
Post on Pássaro de Ferro. 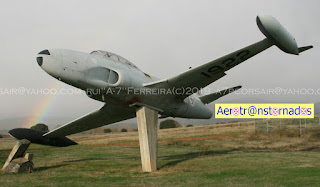 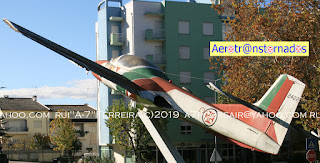 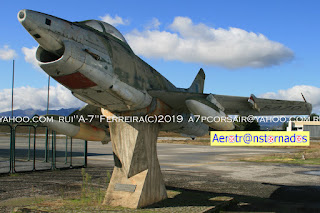 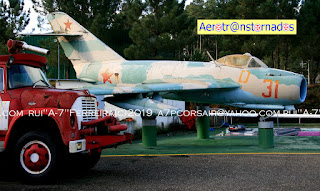 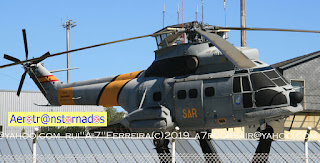 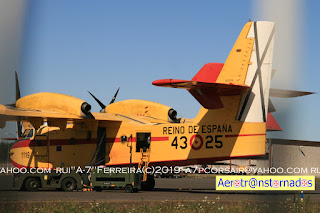 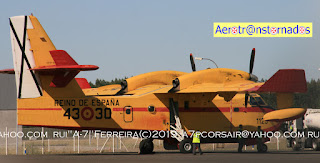