First noted by me in 7 June 1999, following information published in a planespotting magazine (not sure which), I had mistakenly identified the FIAT G.91R/3 displayed in Celourico da Beira, in a public garden/kids playground located in the Largo da Corredoura.
The aircraft was noted on that date without the c/n serial plate thus the information I had was as this being the c/n 91-508, thus exWGAF 32+39 (previously HD+498, EC+313, MD+313, BD+270 and 32+39), and noted as one of the BA2 Ota decoys, noted as cannibalized sometime in 1984.
This aircraft was lend to the Celourico da Beira municipality in the 70’s or 80’s, for display, being first noted here in 1989.

In a visit to the Museu do Ar, in Alverca, in September 2000, I was able to consult some data on the aircraft lend to several municipalities, and found that the FIAT of Celourico was noted as being c/n 91-508 (ex32+39), and noted there by 14 December 1993. Which in a way, corroborate the previous information.

Later on, was noted dumped in the outskirts of the city, near the IP3 road [IP5 between exit 23 and 24, North side].  I was able to access the aircraft in 22 April 2001, and took a few more shots of it. By the time the WGAF markings were more visible, because the paint that was covering it was fading out. By this time, I corrected some of my previous notes, including the information on EMOOS 2007, which was also correct. Unfortunately the information I gave to for Scramble no.263 (sorry guys!).
From now, there was no doubt that the FIAT noted by me in 1999 and 2001 was in fact exWGAF 32+69 (c/n 91-539).

The same aircraft was noted in the following month, during a protest in front of the Portuguese Parliament, in Lisbon, related to the demand by Canas de Senhorim, in Nelas, to become a council. I presumed then that the aircraft went back to the dump site or to Canas de Senhorim.
I’ve visited Canas de Senhorim in 12 September 2001, but could not locate the aircraft, and several attempts to contact the promoter of the protest were unsucessful.

Some years after, a video showing what appears to be a ex-WGAF FIAT G.91 submerged in a dam, for training purposes for divers of firefighting corporations. This appeared in a blog of a diver in 2011, it was most likely placed here some years before. The dam is Barragem de Calde, Várzea de Calde, in Viseu.
This one could be the “lost” FIAT from Celourico da Beira... exWGAF32+69…?

Other video, possibly from the same a/c apeared on FB around November 2020.
Apart from all that, by some odd reason I persisted in the mistake in my FIAT list, which was, corrected this week.

Enough of that, here are some of the slides I’ve recently scanned. 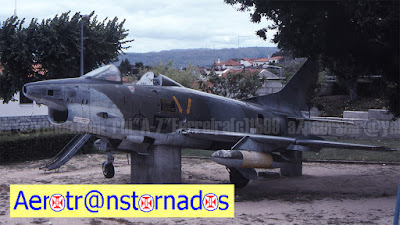 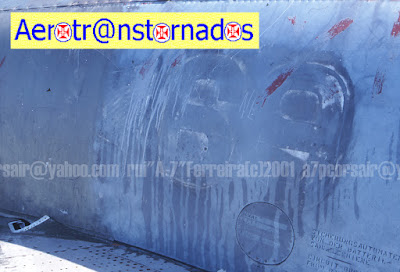